The "View Tools" icon allows the user to select from a popup view reconstructions in one plane or multiple planes. Once viewed as preferred by the user, contouring tools are deployed to execute the segmentation. 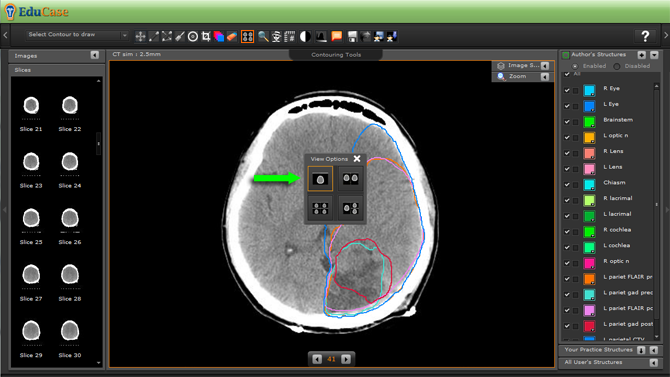 In this example we have opened two windows, revealed the primary image (CT) from the Image Series controls in the first window, and revealed only the secondary images (MR) in the second window. 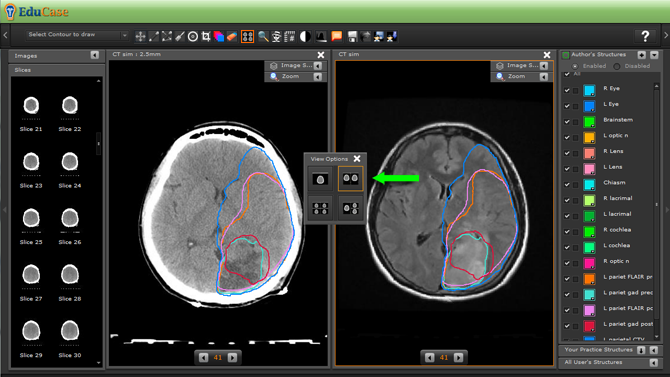 In this example we have opened the four window mode and revealed multiple data sets from the Image Series controls to each window. 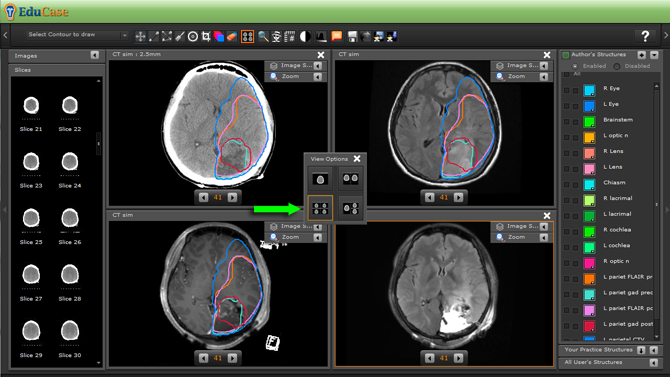 In the orthogonal view you can: 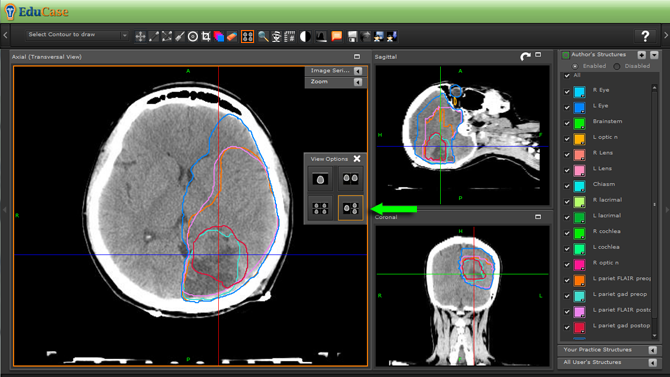